The Veer Union Announce Release of ‘Decade: The History of our Evolution’ Box Set Pre-Order with Immediate Free Download Cover of Faith No More’s “Epic”

Felicity Graem November 5, 2017 Grooveyness No Comments on The Veer Union Announce Release of ‘Decade: The History of our Evolution’ Box Set Pre-Order with Immediate Free Download Cover of Faith No More’s “Epic”

Vancouver, BC based Rock / Metal band The Veer Union has started a PRE-RELEASE worldwide through ROCKSHOP ENTERTAINMENT (RSE) for their first ever box set, Decade: History of Our Evolution, which will include 6 albums: Decade, Decade Acoustic, Decade 2, Decade 2 Acoustic, Decade Demos, and Decade Rarities. The band has also teamed with Loudwire to release the lyric video for their cover of legendary cult band Faith No More’s “Epic,” which will be available for immediate download with pre-order of Decade: History of Our Evolution box set.

“Growing up FAITH NO MORE was one of our favourite bands, not only did they have great songs, but they had an uncompromising passion for what they did musically. We wanted to harness some of that inspiration with this cover and hopefully do some justice to one of the most underrated and influential bands of our time.” – Crispin Earl

Click HERE to Pre-Order ‘Decade: History of Our Evolution’

The Veer Union will also have pre-order bundles available 11/3 including: signed Box Set, T-shirt, hand-written lyrics sheet, private acoustic performance, VIP Meet and Greet, Free Show Entrance on their Epic Revolution Tour (see below), and Free Download of The Best of the Veer Union 2008-2016 (including new acoustic recordings of their hit singles “Seasons,” “Bitter End,” and many more. As well, there will include reproduced, newly mixed and digitally remastered rock versions of “Seasons”
and “Darker Side Of Me.” 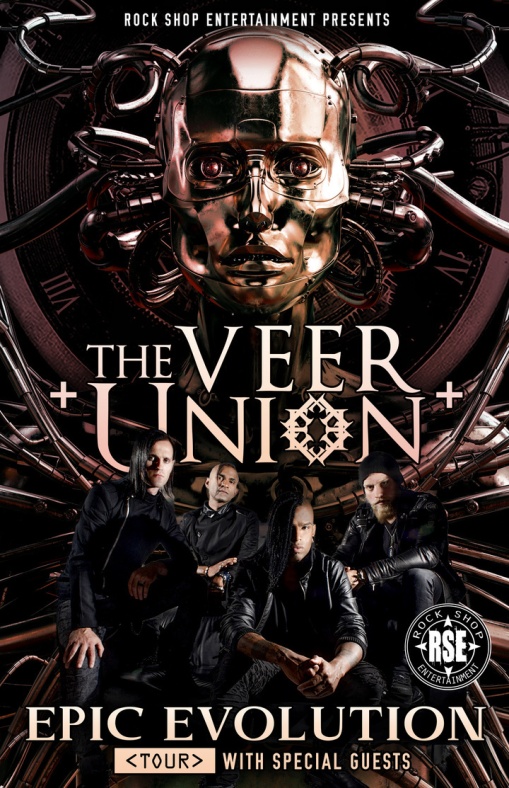 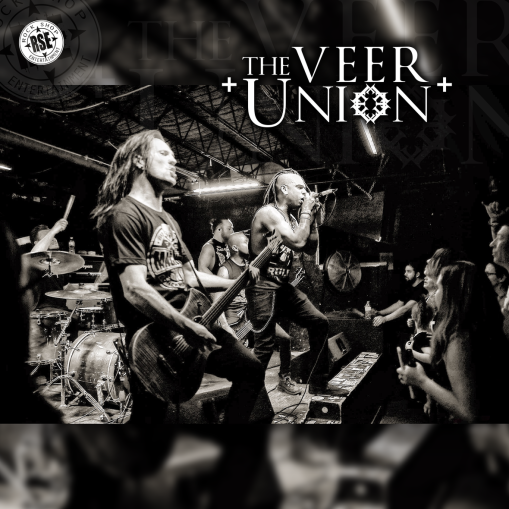 In 2016 Lead vocalist Crispin Earl took a rather unique approach to coincide with the concept of the album, Decade. He took the opportunity to reproduce five unreleased songs which were written prior to the first
incarnation of The Veer Union in 2004, bringing them back to life, as well as combining five brand new songs to bridge the span over a DECADE. Now, with the BOX SET release of Decade: History of Our Evolution, The Veer Union will continue this theme by Crispin reproducing the five remaining songs as well as adding five brand new songs again proving that The Veer Union can stand the test of time by incorporating the original vision of the band and blending it with the current incarnation. Decade: History of Our Evolution truly takes the listener through a musical and emotional journey that represents all that is The Veer Union.

The album was self produced and written by Crispin Earl.

Crispin Earl recently started his own Record Label, Rock Shop Entertainment (RSE) and this will be the labels first ever worldwide release! Crispin says, “in the past I have had the pleasure of working with many great people at various record labels and learning from some of the best in the industry. At this point in my career I feel the most important part of being an artist is not having someone impeding on the creative process and now with ROCK SHOP ENTERTAINMENT (RSE), I will have the creative freedom to do as I wish in all creative aspects which is what makes this one of the most exciting releases of my entire career.” 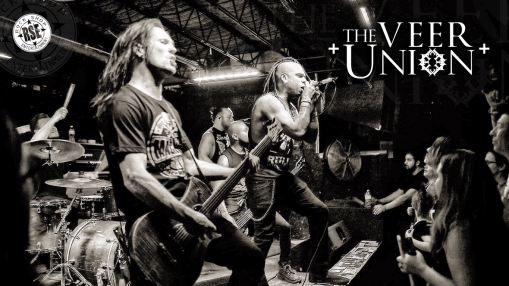 Connect with The Veer Union:

The Veer Union Release Official Lyric Video for “Last Regret” Off of Upcoming ‘Decade: History of Our Evolution’ Box Set

Round 2 Live & Loud Tour Dates With The Veer Union, Bobaflex, Artifas, and Bridge to Grace Announced